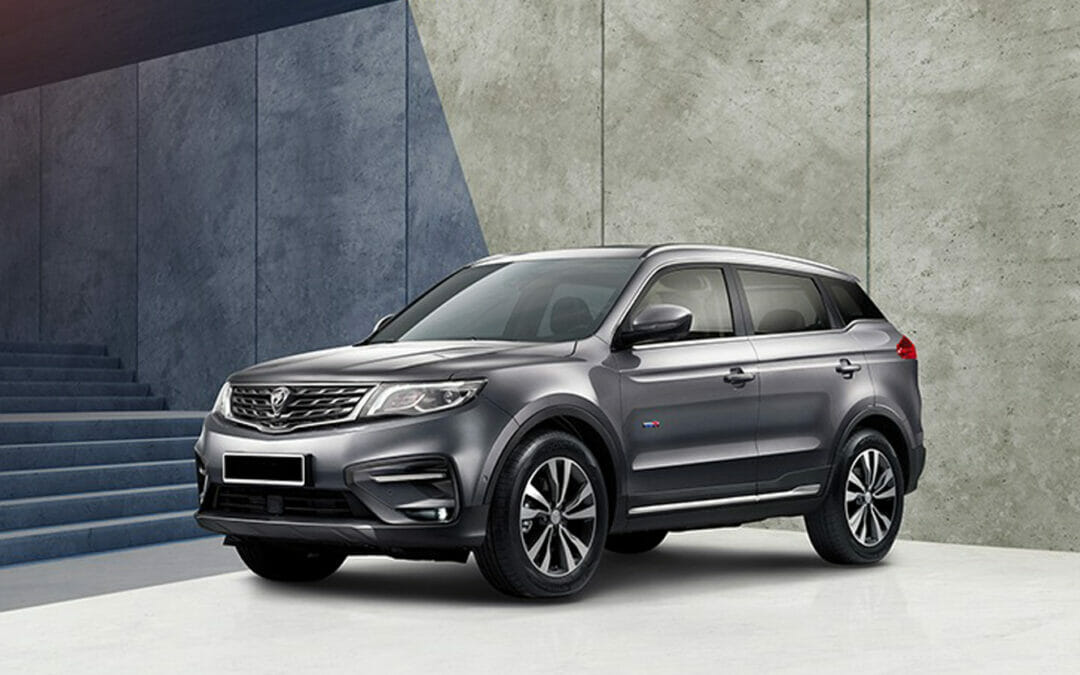 In year 2018, The Proton X70 has officially been launched in Malaysia.  The X70 is based on the Geely Boyue – in fact, the first units come fully imported (CBU) from China, with a CKD locally-assembled model in year 2020.

The Proton X70 SUV with Five-seater C-segment is wading into the lucrative, highly-competitive C-segment SUV market. The highlight of the cabin is the new, standard-fit Geely Smart Ecosystem (GKUI) Android-based infotainment system. The biggest feature is the voice control system that uses artificial intelligence technology. Users can control a whole host of vehicular functions such as the climate control, music playback, navigation and even the windows and sunroof. 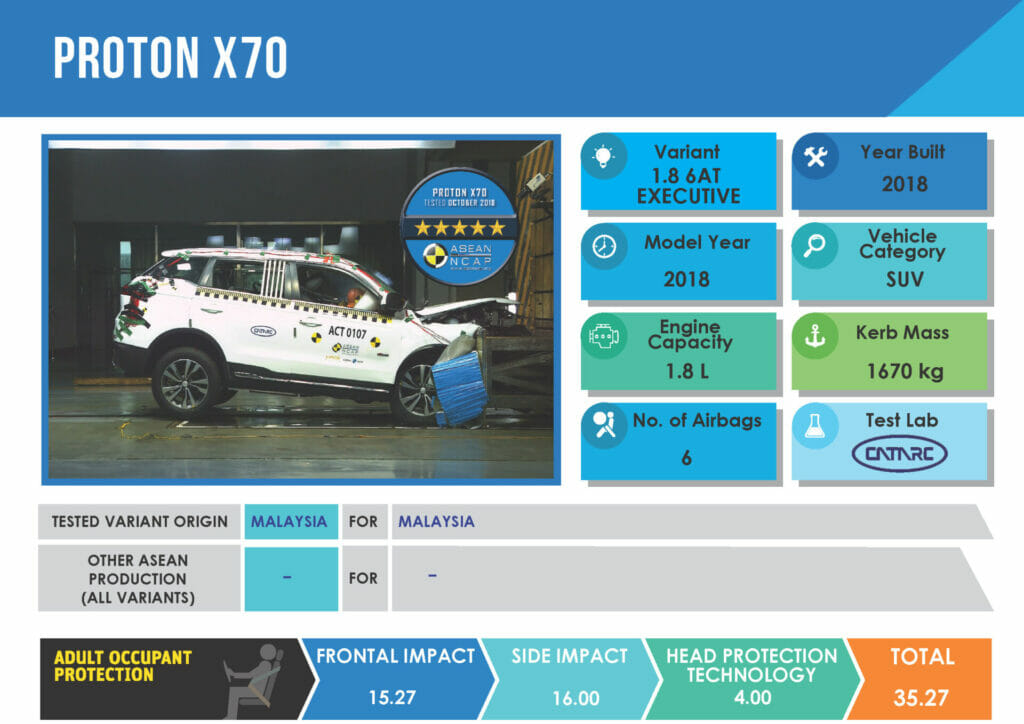 Front-wheel drive is standard except for the Executive AWD, which as the name suggests, gets an all-wheel drive system developed by BorgWarner. So equipped, the car is able to send up to 30% of torque to the rear wheels using a NexTrac electromagnetic multi-clutch coupling. Mcpherson independent suspension for the front wheel and multi-link suspension for the rear wheel.

How many bars available for Proton X70?

The functionality of each of the bars after installed on your Proton X70 are explained below.

Proton X70 CBU & CKD does not come with the OEM front strut bar from the car manufacturer. For Proton X70, Ultra Racing has developed a 2 points front strut bar, located at the top of the absorber (left and right) and hidden under the wiper panel in order not to affect the normal procedure of service and maintenance. 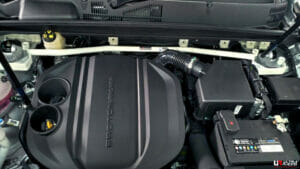 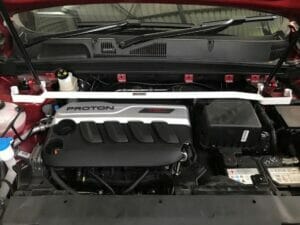 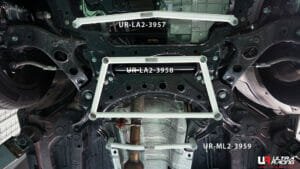 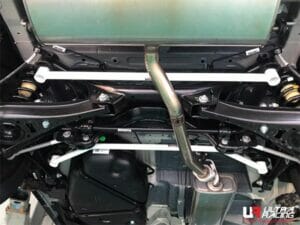 Stage 2, comprising Front Lower Bar, Mid Lower Bar, Rear Lower Barare able to reduce the car chassis flex and strengthen the main chassis platform. It is highly recommended for heavy load vehicles such as SUV or MPV as it helps to enhance the stiffness and handling during higher speed  and cornering.

So, there you go, Ultra Racing’s bar for Proton X70. What do you think? Come and experience it by yourself!